Self-Coaching – Empowering Employees to Take Ownership of Their Careers 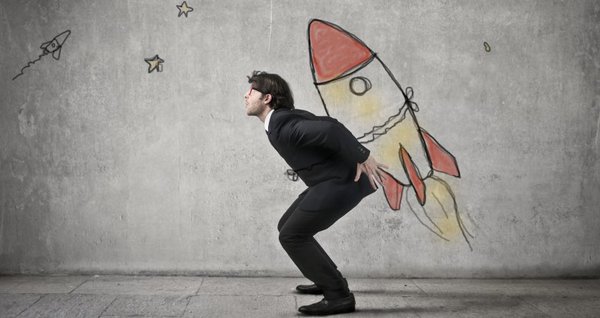 Does your organization strive to have employees take ownership of their own careers? Of course managers and the organization itself have a role to play, but ’employee-owned’ careers are now the favored model, certainly in the fast-growing companies in my backyard here in San Francisco.

While progress has been made, my experience suggests that there is still a gap – sometimes significant – in making employee-owned careers a reality at many companies.

Self-Coaching helps companies close this gap. I’ve recently started working with companies to train employees in self-coaching and I’m convinced this helps them feel more in control of their career – and life – trajectory. It’s really quite an exciting and innovative approach that has positive implications not only for increasing employee career ownership, but also for improving employee engagement.

I’ll come back to that, but first, join me on a brief journey through the recent history of career development – some of which is based on my own perceptions and experiences.

(If you prefer to ‘cut to the chase’ on self-coaching and skip the history lesson, scroll down to the section entitled ‘Self-Coaching Can Help.’)

A Brief History of Career Ownership

From the early/mid 1900’s through the late 70’s/early 80’s, it was common for employees to have ‘lifetime employment’ with one employer. There was an unwritten ‘contract’ that companies were loyal to employees and vice-versa.

From the 1950’s on, organizations invested in developing internal bench strength. Organizationally-directed career paths were the norm in many companies such that the steps from one role to another were clearly delineated and understood. The organization and leaders/managers played a key role in driving career development.

In the late 1980’s, everything changed. Organizations began to rethink the ‘contract’ they had with their employees. Employees watched in shock as many companies pulled the rug out from under their feet.

Whether it was corporate re-engineering, a leveraged buyout, or moving jobs to cheaper labor pools, employers backed out of the ‘lifetime employment’ mindset and reshaped the employer/employee contract. As one might expect, when one party (organizations) backed away from being loyal, the other party (employees) followed suit.

This began a shift toward self-reliance. Employees realized that they needed to look out for themselves; they could no longer rely on their employer to do so.

In the late 90’s I participated in the first dot-com wave. At least in the San Francisco Bay Area, this phenomenon had an even more disruptive effect on individual careers. The war for talent was on. Employees had frequent opportunities to ‘look elsewhere’.

I took the plunge myself and left Andersen Consulting (now Accenture) after 12 great years to join ebusiness consulting firm Scient as employee #230. After two-and-a-half years of fun and crazy growth, the bottom fell out on a large number of these ‘start – ups’ and many of us, including me, found ourselves out of work for the first time ever.

The impact on how people viewed their careers was significant. Employee mindsets had shifted from ‘lifetime employment’ to ‘holding jobs for as long as one could’ to ‘I need to switch employers at least every five years, and every year or two is ok.’

Just 20 years ago, frequent company switches were seen as a signal that an individual was either disloyal or not a strong performer. Today if you’ve spent more than five years at one company you may be seen by some recruiters as lacking ambition or ‘not getting’ the new career model.

There are two relatively new books on career development that I’ve enjoyed recently that support the trend that employees need to look after their own careers.

In Rebooting Work, Maynard and Carlye write about being “The CEO of Your Destiny” which, as it sounds, encourages individuals to take control of their career journey, whether inside an organization or out on their own.

In the start-up of you, Reid and Ben provide tips on treating one’s career like a start-up company. While the two approaches have their differences, they are both squarely in the ‘employees own their careers’ camp.

So we have a growing portion of the knowledge workforce that has grown up in this era where employees (a) have more power in the employee/employer contract than employees in prior decades and (b) tend to be highly mobile (i.e., switching employers fairly often).

It is against this backdrop that organizations find themselves wrestling with the topic of career development.

While organizations and employees are generally aligned that employees should ‘own’ their careers, employees still expect their employers to support them in doing so.

In fact, according to the Quantum Workplace ‘2015 Employee Engagement Trends Report,’ (440,000 respondents), professional development is the #1 engagement driver for workers under 25 and the #3 driver for workers between 26 and 35. This is aligned with my conversations with local HR professionals where they confirm that career development often tops the list of employee concerns in their engagement surveys.

Some proactive employees who take advantage of the career development planning tools are fortunate to work for managers that understand the process and make it a priority. Others are not so fortunate and need to find other allies, besides their managers, to support them.

This brings me back to a passion of mine, which is the relatively new idea of ‘self-coaching.’

After sharing this concept with a colleague of mine who is a Chief HR Officer, he immediately recognized the connection between self-coaching and career development/ownership. As a former head of Learning & Development, I pushed back on this because my self-coaching program did not fit my ‘conventional’ early 21st-century notion of what career development looked like.

“Mikey, Mikey, Mikey” he said as he pretended to slap my face back and forth. “This is innovative career development! It’s fresh! What could be more important to an employee in taking ownership of their career than learning to see where their behaviors get in their own way and giving them tools to address that?”

Well, since he put it that way, it sounded pretty compelling. In fact, we’ve started introducing self-coaching into his company. And, it’s being positioned as a response to employee engagement survey concerns regarding career development.

‘Coach Your Self Up’ Development Program

I’ve shifted completely from skeptic to evangelist on the power of self-coaching in helping employees own and manage their careers. I’m so excited about the possibilities that this (career development) is now a key aspect of how I’m positioning my new organizational training program called ‘Coach Your Self Up’ that teaches self-coaching skills.

While it’s still early, I’ve got several deliveries under my belt and the participant feedback has been great. For example, 94%(!) of participants to date have expressed an intention to use self-coaching skills throughout their careers. This has me excited that I’m on to something powerful here.

As with any new idea, self-coaching will take time to gain traction. More and more forward-thinking companies will pioneer this concept. As the value becomes clearer and word of mouth starts to spread, self-coaching will become more prevalent as a key lever that organizations will pull to drive employee-owned careers and improve employee engagement in the process.

More on Self-Coaching to Come

I have more to say about how I define self-coaching and ways that it can help organizations address other common challenges. I’ll share that in future posts. Stay tuned…